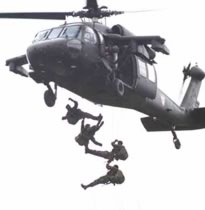 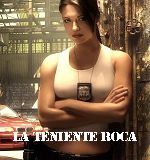 This Couple's App Helped 10,000 Women Get Pregnant And They Say It Can Replace Birth Control Too

This Couple's App Helped 10,000 Women Get Pregnant And They Say It Can Replace Birth Control Too

Want to get pregnant? There's an app for that ... actually a few apps for that. And they are proving to be remarkably helpful.
Want to avoid pregnancy? Kindara, an iPhone app created by a husband and wife team in Boulder, Colo., promises that it can be your birth control, too, letting women get off the pill.

While it's hard to track how many women avoided pregnancy with Kindara, in the last year alone, the app has helped 10,000 women conceive, co-founder William Sacks tells Business Insider.

Users are reporting nearly 500 pregnancies per week, he says.

Kindara was released in 2012 to do a similar thing. But, unlike Glow, its founders say this app can not only help a woman conceive, but also avoid pregnancy while allowing women to get off of hormone-based birth control like the pill, patch or ring. UPDATE: Glow contacted us to say its app can be used as birth control, too.

Sacks answered a few questions about the app for us:

Business Insider: Did you create this app because you were having trouble starting a family?

William Sacks: We actually founded the company because we were looking for effective birth control that wasn't the pill. Kati had been on the pill for 10 years and she didn't like the side effects. She introduced me to the fertility awareness method and I was blown away by how little I understood about female fertility. I was actually outraged that I had never been taught how reproduction actually works.

Once we started tracking her fertility signs I learned all about how her body worked and also discovered an added intimacy in our relationship. We wanted to share this with other couples, so we started Kindara out of our own desire to give women and men tools that help them take control of their health, understand what's happening with their bodies and meet their fertility goals.

BI: Are you advocating that women who do not want to get pregnant do not use birth control and use fertility awareness instead?

WS: No. We want every woman to use the birth control that is right for her. What we do want is for every woman to know that Fertility Awareness is an effective option whether they are trying to get pregnant, or want to effectively avoid pregnancy. It's really sad that millions of women suffer through the side effects of hormonal contraception or the stress of potential fertility problems and don't even know there are effective alternative options.

Kati and I have been using FA for 4 years now and we love it. And thousands of our users are using it to better understand what's happening with their bodies so they can get pregnant or at least understand why they aren't getting pregnant and share that info with their doctors. We've helped women identify hormone problems, thyroid problems, which in turn has helped them and their doctors figure out next steps.

BI: How do you know that that your app has helped with 10,000 pregnancies?

This stat comes from self-reported data from our community of users over the last 12 months. It's only self-reported pregnancies. Since March 1 2013.

BI: How does the app work?

WS: Currently women input the data themselves. But we're working on connected devices that will make it easier.

Teens who watch a lot of television with sexual content are more likely to initiate intercourse in the following year.
Television in which characters talk about sex affects teens just as much as television that actually shows sexual activity.
Shows that portray the risks of sex can help educate teens.

The average American teenager watches three hours of television a day. Typical teen fare contains heavy doses of sexual content, ranging from touching, kissing, jokes, and innuendo to conversations about sexual activity and portrayals of intercourse. Sex is often presented as a casual activity without risk or consequences. Conventional wisdom holds that the messages young viewers absorb from television promote sexual activity in this group. Yet, despite the prevalence of this view, there has been little empirical study to date of how watching sex on television influences teenagers’ sexual behavior.

Two recent studies led by RAND Health behavioral scientist Rebecca Collins examined the impact of TV sex on teenagers’ sexual beliefs and activities. The results supported the view that watching shows with sexual content may influence teen sexual behavior, but also found that some viewing effects can be positive.

Sexual talk on TV has the same effect on teens as depictions of sex.

Shows with content about contraception and pregnancy can help to educate teens about the risks and consequences of sex–and can also foster beneficial dialogue between teens and parents.

Unplanned pregnancies and sexually transmitted diseases (STDs) are more common among youth who begin sexual activity at earlier ages. Thus, early initiation of intercourse is an important public health issue. It is widely believed that TV plays a role in hastening the initiation of sexual activity in teens. The first RAND study, funded by the National Institute of Child Health and Human Development, examined this issue. Analysts surveyed a national sample of households containing an adolescent from 12 to 17 years old. A total of 1,762 adolescents were asked about their sexual experiences and also their televisionviewing habits and, one year later, were surveyed again.

The researchers measured levels of exposure to three kinds of sexual content on television: (1) sexual behavior, such as kissing, intimate touching, and implied or depicted intercourse, (2) talk about sexual plans or desires or about sex that has occurred, and expert advice, and (3) talk about or behavior showing the risks of or the need for safety in regard to sexual activity: abstinence, waiting to have sex, portrayals mentioning or showing contraceptives, and portrayals related to consequences, such as AIDS, STDs, pregnancy, and abortion.

The results showed that heavy exposure to sexual content on television related strongly to teens’ initiation of intercourse or their progression to more advanced sexual activities (such as “making out” or oral sex) apart from intercourse in the following year. Youths who viewed the greatest amounts of sexual content were two times more likely than those who viewed the smallest amount to initiate sexual intercourse during the following year (see figure) or to progress to more-advanced levels of other sexual activity. In effect, youths who watched the most sexual content “acted older”: a 12-year-old at the highest levels of exposure behaved like a 14- or 15-year-old at the lowest levels.

The study also identified other factors that increased the likelihood that teens would initiate intercourse, including being older, having older friends, getting lower grades, engaging in rule-breaking such as skipping class, and sensationseeking.

A different set of factors was found to decrease the likelihood of first intercourse. Many of these factors centered on parent characteristics, including having parents who monitored teens’ activities, having parents who were more educated or who were clearly disapproving of teens’ having sexual relations, and living with both parents. Other factors that reduced the likelihood of having sex included being more religious and feeling less depressed or anxious than other youths. Most of these characteristics were also related to how much sex teens saw on television; however, viewing sexual content on TV was related to advances in sexual behavior even after these other factors were taken into account.

The results also showed that talk about sex on TV had virtually the same effect on teen behavior as depictions of sexual activity. This finding runs counter to the widespread belief that portrayals of action have a more powerful impact than talk.

The study found no strong connection between delays in sexual behavior and TV content that dealt with risks, except among African-American youths, indicating that this group may be more strongly affected by portrayals of the negative consequences of sex. However, given the rarity of such programming, the study did not conclude that there is no effect on youth from other ethnic groups. Rather, it concluded that more-effective tests of such material are needed. One way to test such effects is to examine the impact of particular shows or episodes that deal with sexual risk. The second study, described below, took this approach.
TV Can Also Inform Teens About Risks and Foster Communication with Parents

Can television play a more positive role in promoting adolescent sexual awareness? The other study examined television’s potential as a tool for educating teens about sexual risks and safe behavior. Funded by the Kaiser Family Foundation, it examined the effect on teenage viewers of a particular episode of a popular sitcom (Friends) that dealt with condom efficacy. During the episode, one of the main characters (Rachel) reveals that she is pregnant, even though she and another character (Ross) used a condom during intercourse. The show gave specific information about condom-efficacy rates, noting that they are successful 95% of the time.

At the time of the episode’s first airing (2003), Friends was the most popular show on American television. According to the Nielsen Corporation, 1.67 million adolescents between the ages of 12 and 17 saw this episode. The possibility of condom failure and the resulting consequence of pregnancy were thus vividly communicated to a very large adolescent audience, as was the message that condoms almost always work. Given the size of the audience, the episode’s potential to influence large numbers of teens was enormous.

To gauge the episode’s impact, RAND used information from its earlier study to identify adolescents who watch Friends regularly, and phoned them to ask about the Friends condom episode and assess its impact on their perceptions of condom use and failure. The results showed that

the majority of teens (65%) whose viewing of the episode could be confirmed recalled the show’s specific information about condom-efficacy rates.
the majority of teen viewers continued to perceive condoms as somewhat or very effective, as in the earlier survey, though the episode caused about equal amounts of positive and negative change in that perception.
as a result of watching the episode, many teens (10% of viewers) talked with a parent or another adult about the effectiveness of condoms.
teens’ reactions to the episode were changed by viewing or discussing the episode with an adult. These teens were more than twice as likely to recall information about condom efficacy.

The study did not find dramatic changes in teens’ sexual knowledge or belief. However, it looked at only a single episode of television, and one that included the somewhat complicated message that condoms almost always work, but sometimes fail, and with huge consequences. The researchers concluded that entertainment shows that include portrayals of sexual risks and consequences can potentially have two beneficial effects on teen sexual awareness: They can teach accurate messages about sexual risks, and they can stimulate a conversation with adults that can reinforce those messages.
Implications

Taken together, the two studies suggest the need to reduce teens’ exposure to sexual content on television and to explore greater use of entertainment shows to inform teens about risk. Reducing the amount of sexual talk and behavior on television, or the amount of time that adolescents are exposed to them, could appreciably delay the onset of sexual activity. At the same time, increasing the percentage of portrayals of sexual risk and safety relative to other sexual content might also inhibit early sexual activity, increase knowledge of sexual risks and how to be safe, and stimulate dialogue with parents.

Reducing teens’ exposure to portrayals of sex on television poses challenges, however. An alternative approach that has worked with violent content may also work with sexual content: having parents view programs with their children and discuss their own beliefs regarding the behavior depicted. Doing so can reinforce the benefits of accurate risk information and positive messages and may help to limit the negative effects of sexual portrayals that do not contain risk information.