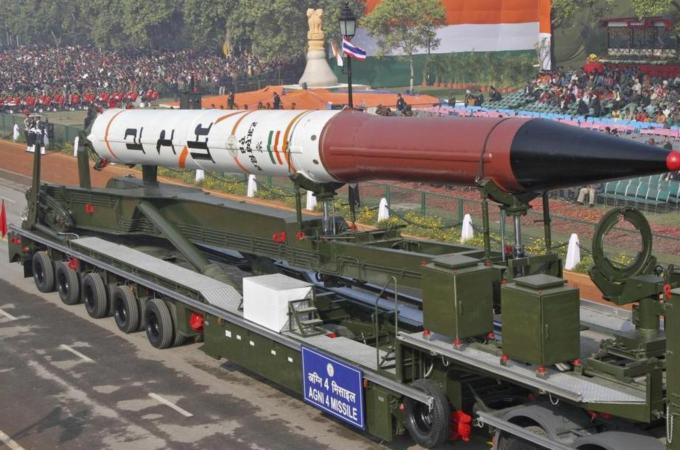 Currently, only a small club of nations including the US, Russia and Israel possess an anti-ballistic missile system [File photo/Reuters]

India has successfully test-fired an anti-ballistic missile capable of intercepting targets outside the earth's atmosphere, a major step in development of a missile defence system that is available to only a handful of nations.

The missile dubbed as Prithvi Defence Vehicle (PDV) was launched from a ship in the country's Bay of Bengal at 9:07am on Sunday. It can engage targets in the exo-atmosphere region at more than 120km altitude.

"In an automated operation, radar based detection and tracking system detected and tracked the enemy's ballistic missile," a statement of India's Defence Research and Development Organisation (DRDO) said.

The test fire has been hailed as "significant milestone" achieved in the direction of developing a two-layered Ballistic Missile Defence (BMD) system.

Currently, only a small club of nations including the United States, Russia and Israel possess an anti-ballistic missile system.

"This (test) is part of the ballistic missile defence system which we are developing...," said Ravi Kumar Gupta, DRDO spokesman.

"The mission has been completed and the interception parameter has been achieved."

DRDO, which has developed the missile, said the computer network with the help of data received from radars predicted the trajectory of the incoming ballistic missile while PDV that was kept fully ready, took-off once the computer system gave the necessary command for lift-off.

"Both, the PDV interceptor and the two stage target equipped with motors were specially developed for the mission. The target was developed for mimicking a "hostile" ballistic missile approaching from more than 2000 km away," DRDO said in the statement.

Sharing borders with nuclear armed China and Pakistan, India is developing a two-tier missile defence system that aims to provide a multi-layered shield against ballistic missile attack. India, China and Pakistan are all nuclear powers.

India has fought three wars with Pakistan and came close to a fourth one in 2001. It lost a brief Himalayan border war with its larger neighbour China in 1962 and has ever since strived to improve its defences.
Source:
Al Jazeera And Reuters