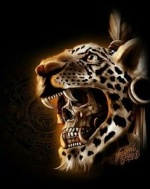 BEIJING — China announced on Wednesday that it would increase its military budget for 2014 to almost $132 billion, a 12.2 percent rise over last year. The rapid growth in defense spending is another sign of the country’s goal of becoming a dominant military presence in the Pacific, with a navy able to project power across the region.

The rate of growth in spending is greater than that of recent years. In 2013, China’s defense budget increased by 10.7 percent over the previous year. The country’s military spending is the second largest in the world, behind that of the United States.

The buildup of the People’s Liberation Army, which also includes navy and air force branches, is considered by many analysts to be consistent with the size of China’s economy — the second largest in the world — and its global political influence. Nevertheless, the military expansion is being closely watched by other nations in the region and by the United States, the supreme military power in the Pacific.

American officials have expressed growing concerns over diplomatic tensions in East Asia and Southeast Asia, much of it related to regional anxieties over China’s military rise and its assertion of sovereignty over rocks, reefs, islands, fisheries and sea lanes in the area. The United States has said it does not take sides in the territorial disputes, but it asserts it will maintain freedom of navigation.

Foreign military analysts say China’s actual annual military spending is higher than the official figure. IHS Jane’s, a defense industry consulting and analysis company, estimated that China would spend $148 billion this year, but such estimates can vary widely. The unofficial estimate is still much less than the military budget of the United States, which is officially $526.8 billion for fiscal year 2014.

Dennis J. Blasko, a former military attaché at the American Embassy in Beijing and a retired Army officer, said the 2014 Chinese military budget “won’t break the bank, but it says to the troops, ‘Thank you for your service, you are important to us, we support you.'”

“A significant portion likely will be used for more pay raises,” he added. “You may recall hearing some talk about how P.L.A. officers should be paid more than civil servants.”

A major portion of the increase will go to “better, more realistic training,” Mr. Blasko added. “The navy will also continue to train more at greater distances from China, which is more expensive than training in local waters.”

Andrew S. Erickson, an associate professor at the U.S. Naval War College, said that China’s military spending growth was impressive but could slow, given that it is dependent on the nation’s overall economic health.

“China’s military budget growth continues to steam ahead rapidly, driven by an economic engine that — at least until recently — seemed indefatigable,” he said in an email. “Today China is the envy of the world: no other major power can sustain that rate of military or economic growth. But what if China’s economic locomotive continues to slow down, even as competing societal claims cause increasing burdens and expectations to be hitched to it?”

China announced the 2014 military budget on the first day of the National People’s Congress, an annual meeting of a legislature whose purpose is to formally approve policy already made by Communist Party leaders.

“We will comprehensively enhance the revolutionary nature of the Chinese armed forces, further modernize them and upgrade their performance, and continue to raise their deterrence and combat capabilities in the information age,” Prime Minister Li Keqiang said at the opening session on Wednesday.

Last November, China stunned Japan, South Korea and the United States when it announced a new Air Defense Identification Zone over a swath of the East China Sea, saying that foreign planes, military or civilian, would have to report flight paths through the zone to China. The United States has continued to send military flights through the zone without obeying China’s request.

China and Japan have been engaged in a heated diplomatic dispute over the sovereignty of islands administered by Japan in the East China Sea. Military patrols and movements by fishing vessels around those islands, called the Senkaku by Japan and the Diaoyu by China, could unintentionally trigger a conflict, American officials say.

“The last thing we need is some unintended incident that leads to unintended consequences, very severe consequences, whether it’s a fishing boat bumping into a navy vessel and someone drowning,” Gary F. Locke, the departing American ambassador to China, said at his final news conference in Beijing last week. “So it’s important that both sides lower the temperature and focus on diplomacy.”

American military officials have said ties with their Chinese counterparts are much weaker than with Soviet military officials during the height of the Cold War. In late February, Gen. Raymond T. Odierno, the United States Army chief of staff, visited China to lay the groundwork for starting a formal dialogue and exchange program between the United States Army and the People’s Liberation Army. The general said he expected the first meeting in that program to take place before the end of 2014.

In recent years, the Chinese military has deployed to sea an aircraft carrier it refitted after being purchased from Ukraine, the Liaoning, and tested at least two stealth fighters. Many Chinese defense companies and research programs at state-run universities have been developing a range of drones for use by the People’s Liberation Army and for sale to other nations.

Mr. Li, the prime minister, also said Wednesday that China’s economic growth rate for 2014 was expected to be 7.5 percent, which is consistent with projections by many analysts. The target for the consumer price index, a measure of inflation, is 3.5 percent.

Unlike in recent years, the Finance Ministry on Wednesday did not release revenue and expenditure budgets of local governments, saying in a report that “related data is still being collected.” The lack of data made it impossible to tally the total domestic security budget for 2014. The ministry said the budget from the central government for public security was $33 billion, but most of the financing of the huge domestic security apparatus is in the budget of local governments. In 2011, the announced total amount was 624.4 billion renminbi, or $95 billion, the first time the planned budget for the domestic security apparatus, led by Zhou Yongkang at the time, had exceeded the official military budget.

That trend has continued each year, and in 2013 the announced amount was 769 billion renminbi, an 8.7 percent increase over the previous year. The knife murders of 29 civilians last weekend in the Kunming train station, which appeared to be an act of domestic terrorism with roots in ethnic conflict, will no doubt contribute to calls for even greater increases in security spending. 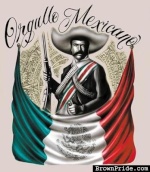