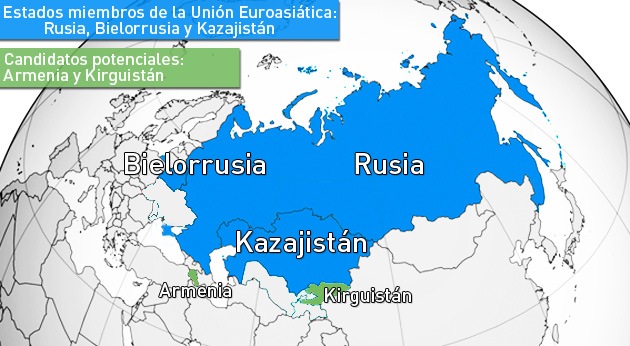 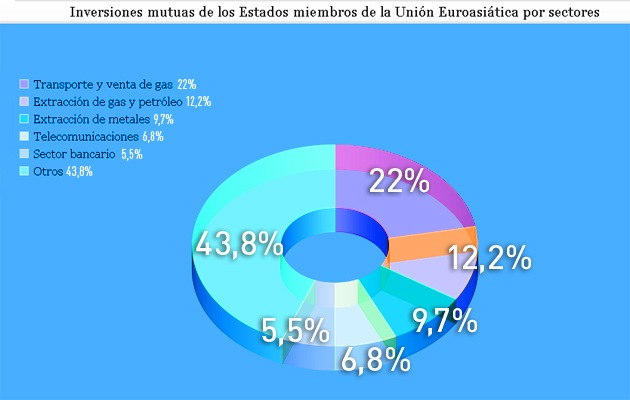 “The Kazakhs will continue to insist that the EEU stick to a narrow mission of economic integration and nothing more.”
Alex Vatanka At a time of intense U.S.-Russian tensions over the situation in Ukraine, the Central Asian country of Kazakhstan has opted to move closer to Moscow in the field of economic cooperation. On May 29, Belarus, Kazakhstan and Russia formally signed and established the Eurasian Economic Union (EEU), creating a new economic bloc with considerable potential that straddles the Eurasian continent.

At the same time, however, the Kazakhs are determined to demonstrate that this latest development is by no means a signal that Astana is bent on surrendering its independence to its larger neighbor. While officials from Moscow and Minsk have touted the EEU as a first step in a broader integration effort that will eventually involve political and military assimilation, Astana insists that the sole objective behind EEU is the advancement of Eurasian economic development and that no grand political goals are intended to be behind the EEU.

The View from Moscow and Minsk

President Vladimir Putin was ecstatic at the signing of the EEU. “Today,” he said at the signing ceremony, “we are creating a powerful, attractive center of economic development, a big regional market that unites more than 170 million people.” Putin specifically pointed to the bloc’s potential as an energy-exporting superpower, an engine that will charge the EEU forward, and pointed to the “cultural heritage” of the three members states that will keep them together. According to President Putin, the EEU has the potential to become a global transportation hub linking the trade flows between Asia and Europe, making the bloc into an inevitable linchpin for global commerce.

Elsewhere, Sergei Shatirov, the deputy chairman of Russia’s Federation Council, said that the EEU enables Belarus, Kazakhstan and Russia to “reach a higher integration level.” He also suggested that a “common market of hydrocarbon resources and a common gas delivery system will be created within the EEU.” Under the EEU treaty, the three member states will coordinate policies in key economic sectors, including energy, industry, agriculture and transport. According to Russian officials, a single hydrocarbon market can be in place as early as 2015, and a single, natural-gas transport market can be up and running by 2015.

Meanwhile, the earliest Russian enthusiasm following the signing of the EEU has left no doubt that many in Moscow view the creation of the bloc as a political victory for Moscow. The head of the international affairs committee at the Federation Council, Mikhail Margelov, made it abundantly clear that Moscow sees the EEU as a “new stage of integration in post-Soviet space...This union is attractive not just economically but politically as well,” he told Interfax. And Margelov made it clear that it was a political victory against the West. He also asserted that while Western hegemons are not likely to welcome the establishment of the EEU, the union’s membership is likely to grow—and not just within post-Soviet states. Shatirov confidently stated that there are no geographic restrictions for joining the EEU. And Armenia and Kyrgyzstan have already indicated a desire to join the EEU.

Prior to the recent crisis, Ukraine was also an intended member of the EEU, but that prospect has now vanished as Ukraine looks to the West. This was a point that the Belarusian leader highlighted. President Alexander Lukashenko said that “We [the EEU] lost someone along the way,” in a reference to Ukraine. Lukashenko, who secured a US$2 billion loan from Moscow just before signing the EEU treaty, made it clear that from his point of view, the intended integration process needs to be far more ambitious, and “he also called for economic union to be followed by political and military unity.” However, such calls for deeper integration by Russian and Belarusian officials have been firmly rejected by Kazakh officials.

Kazakhstan’s View on the EEU

The Kazakhs are extremely sensitive to the future path of the EEU, and are openly calling for prudence and a sense of proportionality as their counterparts from Russia and Belarus speak about the EEU and what the new bloc should be about.

While the EEU is the brainchild of Kazakh President Nursultan Nazarbayev, who introduced the idea some twenty years ago, Kazakhstan is today a far-more-poised country sure of its future than it was in the immediate years following the collapse of the Soviet Union. Back in the early 1990s, President Nazarbayev argued that an alternative mechanism should fill the vacuum left behind by the collapse of the Soviet Union.


Today, however, the Kazakhs are looking at Russia as a large neighbor that is—given geography alone—an inevitable, major trading partner, but not one that should consider Kazakhstan as its satellite state. Bakytzhan Sagintayev, the first deputy prime minister of Kazakhstan and its lead negotiator, could not have been clearer about this point: “We are not creating a political organization; we are forming a purely economic union,” he said. “[The EEU] is a pragmatic means to get benefits. We don’t meddle into what Russia is doing politically, and they cannot tell us what foreign policy to pursue.” All Russian attempts to deepen the EEU (to include such implementations as a common passport and currency, a collective parliament and a common border force) were rejected by Astana.

President Nazarbayev has also warned about measures that can fatally undermine the EEU if political showmanship is prioritized over genuine economic collaboration. He pointed to the premature inclusion of additional member states before the EEU has even proven itself. President Nazarbayev pointed to the prospect of Armenia joining the EEU and cautioned against it. The Kazakh president argued that only the internationally recognized borders of Armenia could ever seek admission to the EEU. Kazakhstan does not want to see itself entangled in the Armenian-Azerbaijani conflict and be forced into indirectly acceding to Armenia’s occupation of about 20 percent of Azerbaijan’s territory. In other words, President Nazarbayev’s message was clear: Astana has no desire to see the EEU take the shape of an anti-Western bloc or one that becomes a politicized mechanism to implement Moscow’s regional political ambitions. Samat Ordabayev, the Kazakh deputy foreign minister made that point very clear before the EEU treaty was even signed. On 26 May, Ordabayev said that Kazakstan, Russia, and Belarus avoided the politicization of the EEU when drawing up the document. It is clear that this was done at Astana’s behest, and it appears that the Kazakhs will continue to insist that the EEU stick to a narrow mission of economic integration and nothing more.

Alex Vatanka is a fellow at the Middle East Institute. He has frequently appeared on media outlets such as the BBC World Service, CNN, MSNBC, Sky News, C-SPAN, Al Jazeera, Voice of America, and CBC.