From the street, the GMC Yukons customized by Dillon Aero look like standard-issue SUVs. But behind the tinted windows lurks a fire-spitting dragon: a Dillon Aero M134D Gatling minigun. Designed for VIP escort, the Yukons are outfitted with a roll cage, steel-plate armor and puncture-proof fuel cells and tires. And though weighing around 9000 pounds, the vehicles can exceed speeds of 100 mph (forthcoming supercharged models should be able to go even faster).

At the first sign of trouble, the gunner can pop through roof panels mounted on spring-loaded gas shocks, swivel up to 360 degrees, and unleash a withering, 3000-rounds-per-minute barrage. That's 50 different 7.62-mm bullets every second.

The two half-moon roof panels act as a shield, and the gun operates off its own 28-volt electrical system, which feeds the ammo from 3400-round linked belts. "The vehicle lays down so much firepower so fast," says a Dillon Aero spokesman (who asked to remain anonymous), "if you're a bad guy, all you're going to want to do is keep your head down."

Dillon Aero is no stranger to withering fire—the Arizona-based company is the country’s largest manufacturer of electric Gatling guns, which were first developed during the Vietnam War to suppress enemy fire from helicopters. Dillon Aero’s guns are in wide use, mounted on everything from OH-57 Little Bird helicopters (think of the strafing scenes in the film Black Hawk Down) to Humvees.

When it comes to the armed Yukons, Dillon Aero is coy about its customers; it says they include governments around the world that are friendly to the United States. Six of the vehicles were recently sold to an unnamed Middle Eastern government. Of course, all such weapons sales require official American export permits. Aside from a video posted on YouTube—a leaked promo, according to Dillon Aero—the Yukons have yet to make a public appearance. Which is probably a good thing. —Carl Hoffman 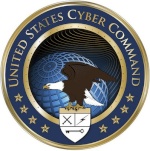